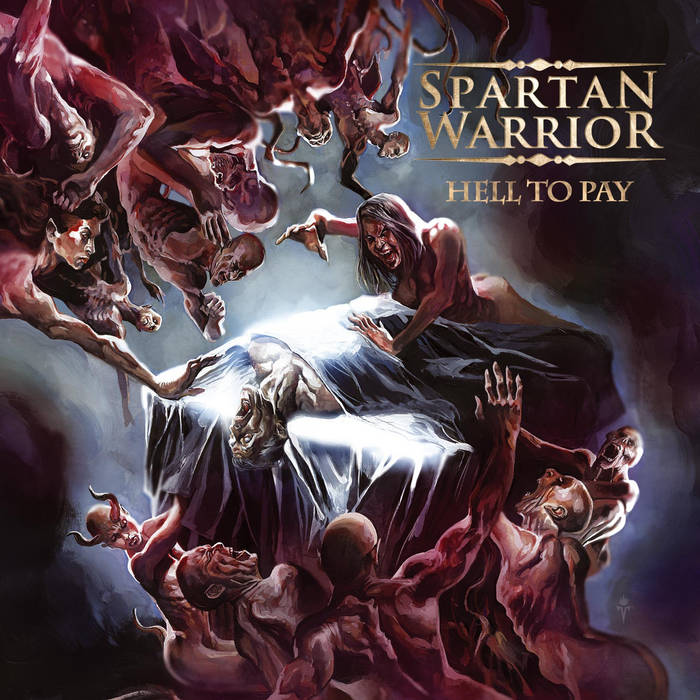 Emperor of the Underground of Doom..

10 songs of energetic heavy metal. This album features mid-paced heavy catchy numbers (Bad Attitude, Covered in Lust), faster speed-metal esque rippers (Court of Clowns, Walls Fall Down, Hell To Pay), prog-influenced epics (Shadowland, In Memoriam), and a traditional power ballad (Something to Believe In) thrown in for good measure. This has everything that Spartan Warrior are known for plus the natural expansion of ideas and influences of a band on their 4th album.

SPARTAN WARRIOR, who are a hugely prestigious signing at Pure Steel, are one of the hottest bands of the NWOBHM movement.

The bands debut album “Steel n‘ Chains“ and their self-titled second album which were released during 1983 and 1984 to critical acclaim were albums of great quality and continue to attract a deserved cult status among Heavy Metal aficionados.

In 2009 the band reunited and subsequently released the “Behind Closed Eyes” album which also heralded the bands return to the live circuit both at home in the UK and abroad.

“Hell To Pay” is the bands fourth album and the 10 featured songs and the bands performances on this album provide firm evidence, if ever that were needed, that founding members David and Neil Wilkinson have lost nothing of their original power and appeal.

Harnessing the force of a line up that has essentially been together since mid 2011 the band deliver 45 minutes of quality hard rock infused heavy metal.
Drawing on influences as thunderous as Saxon and as melodic as UFO, Spartan Warrior show their dexterity as song writers and performers.

Driven by the powerhouse rhythm section of James Charlton (Drums) and Tim Morton (Bass) Spartan Warrior launch a heavy metal attack on tracks such as “Walls Fall Down”, “Fallen”, “In Memorium” and the title track “Hell To Pay” whilst equally delivering the sublime balladry of “Something to Believe In” and the hook laden choruses of “Lettin Go” and “Bad Attitude”.

The twin guitar attack of Neil Wilkinson and Dan Rochester is a force to be reckoned with and the vocals of David Wilkinson have lost none of their characteristic bite.

Spartan Warrior have delivered an album of great quality and which is truly representative of the bands status as a stunning live act.

The Union Jack is flown high above Pure Steel HQ... are you ready!

Bandcamp Daily  your guide to the world of Bandcamp